Will Foursquare Lose Users with Swarm? 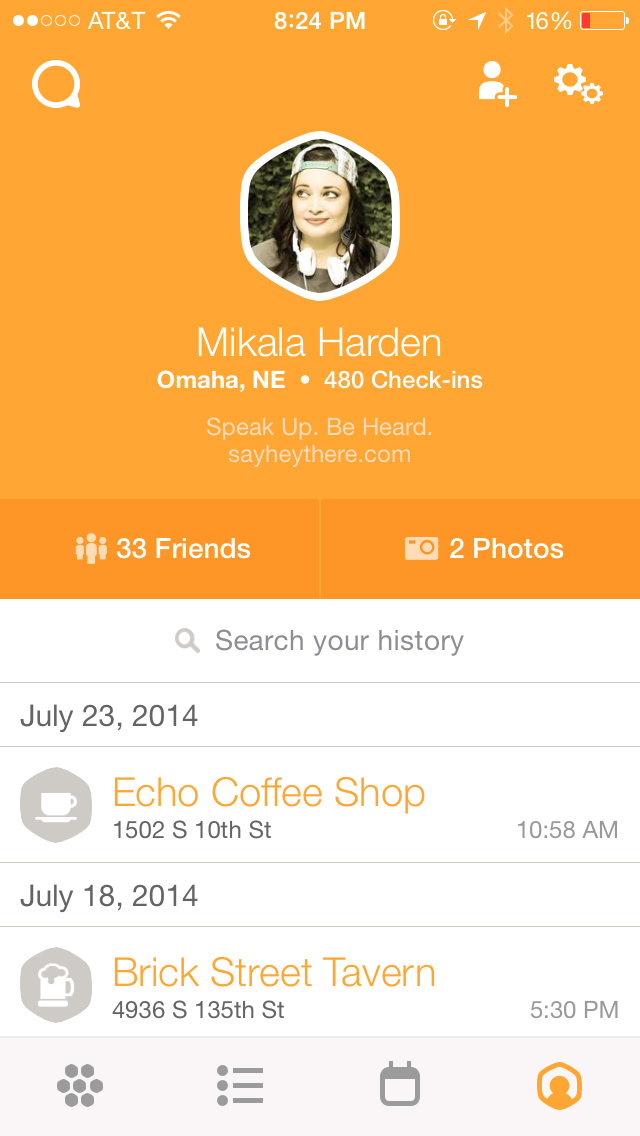 If you’re a Foursquare user, then—like me—you were recently forced to download its sister app, Swarm. It wasn’t completely without warning. Foursquare flashed subtle banners at me upon my last few check-ins, urging me to download “the new check-in app.” I ignored them until a week ago when I went to check-in at a concert, but was forced to download Swarm before I could. What I didn’t fully realize until then, is that Swarm has stolen the check-in feature from Foursquare.

The very feature that built the Foursquare empire has been severed, leaving Foursquare just a…”discovery” app.

What you can do on Foursquare

You can still browse the best of nearby places, browse specials, and create lists of places you love or hope to someday visit. But without the check-in, Foursquare is now more like Yelp than a social medium.

What you can do on Swarm

When you check-in on Swarm, you can include a photo, tag friends, and add emojis to represent your check-in (enter icons of a runner’s shoe, pint of beer, and Gameboy). You can also choose whether “neighborhood sharing” is turned on or off. Neighborhood sharing allows your friends to see which part of town you’re in at any given time, and can be turned off.

Swarm’s “plans” feature allows users to make plans with friends in the same city. Just like a status update, you post your suggested plan (e.g. “Anyone want to see Blueprint at the Waiting Room for free tonight?”) just like you would a status update.

The problem with plans is getting people to use it. So far, a grand total of zero of my 33 friends have used the feature.

What this Change Means

The greatest risk I see with the separation between Foursquare and the check-in, is how the location-based social network will stay relevant among its new competition and stay purposeful enough for users to keep.

While I have noticed a decline in legitimate specials and rise of useless spammy specials, I still enjoyed searching for nearby specials, patronizing the bars and restaurants that offered them, and telling the world I was there. But now, I have to toggle between two apps to do that. If I want to check out nearby specials, I have to browse for them on Foursquare and check-in and claim them via Swarm. And while Foursquare is synced to Swarm (for now), it does not work the other way around.

Foursquare explained the decision to “unbundle” was provoked by feedback that people use the app for one of two things: to meet up with friends and to discover great places, and that they are almost always mutually exclusive. So Swarm is the app Foursquare wants you to use to connect with friends and tell them where you are, and their namesake app is what they want you to use to decide where to go.

There’s just one problem: I don’t use Foursquare the way they think I do.

No, I use Foursquare to help me decide where to go, broadcast to my network where I am (be it rad music show, dive bar, or niche restaurant), and maybe claim a special or two.

I don’t envision using any of the social features Swarm offers, only to check-in and claim specials. I have used Foursquare a couple of times since the “unbundle” for “discovery” purposes, but without the check-in, it feels empty. My guess is that others will feel the same way, and turn to similar resources for that information, such as Yelp.

As for me? I still have Foursquare and Swarm on my iPhone, but I also just downloaded Yelp. May the best app win!