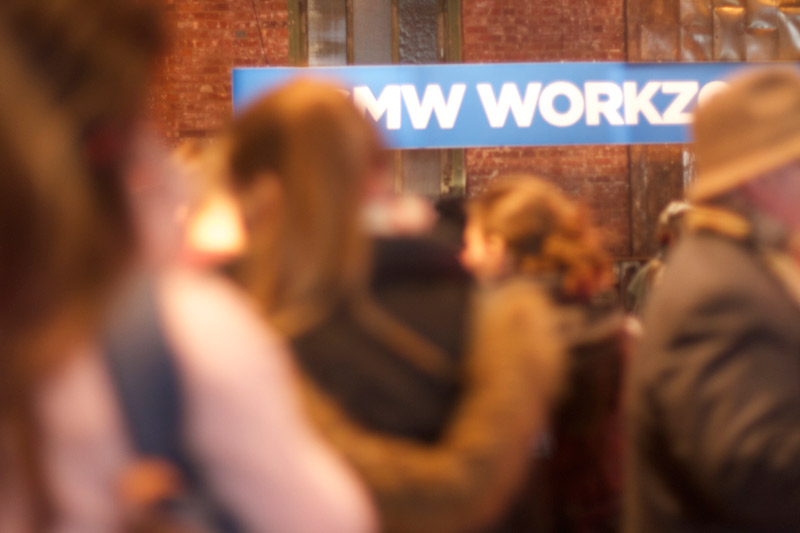 Here’s everything you need to know about the third glorious day at Social Media Week NYC!

Organic Reach Is Dead: Learn How to Pay Like a Pro

With organic Facebook reach getting lower and lower and rumors of a Facebook-style filtered feed for Twitter, we can safely say that organic social for brands is disappearing.

The bottom line: today you have to pay to reach your audiences, especially on Facebook and soon to be for other networks as well.

This session centered around strategies, best practices, and insights on how to build successful advertising campaigns across the top social platforms, including those ad spaces that most brands don’t have access to yet like Instagram and Snapchat. Today we have to ask ourselves how we’re going to build an ad campaign that will reach the same people we used to reach organically, and this session provided some answers.

Which Platforms Should You Advertise On?

The Future of Mobile Payments: A Conversation with John Collison, President and Co-Founder of Stripe

John Collison is president and co-founder of Stripe, the online payments company that is helping to propel e-commerce to another level by making it easier to process transactions.

Cashless mobile payments are essential for retailers and social networks (as evident from Facebook and Twitters “buy” buttons, both powered by Stripe’s code), and with high-profile partnerships such as ApplePay, Google, and Kickstarter, Stripe is raising the bar. Here are some of the key points from the Q&A session.

10 Years of Digital: A Fireside Chat with Pete Cashmore, Founder and CEO of Mashable

Mashable’s mission is to document the digital revolution and how it globally empowers and inspires. In this session, 29-year-old Mashable Founder and CEO Pete Cashmore discussed how the news source became what it is today and the evolution of digital media.

User Generated Content (UGC) is a broad topic that can range tremendously from very socially driven, to crowd-sourced and from both organic and paid. This session dove into the different types of UGC, new ideas, best practices, and legal implications to consider.

The experience of mankind shows that not all people necessarily go through the described stages and in the order indicated by psychologists. Most believe https://vibragame.net/sex-chat-bongacams.html that it is impossible to predict what stages of development love will go through, that this is an individual feeling and goes differently for each person.